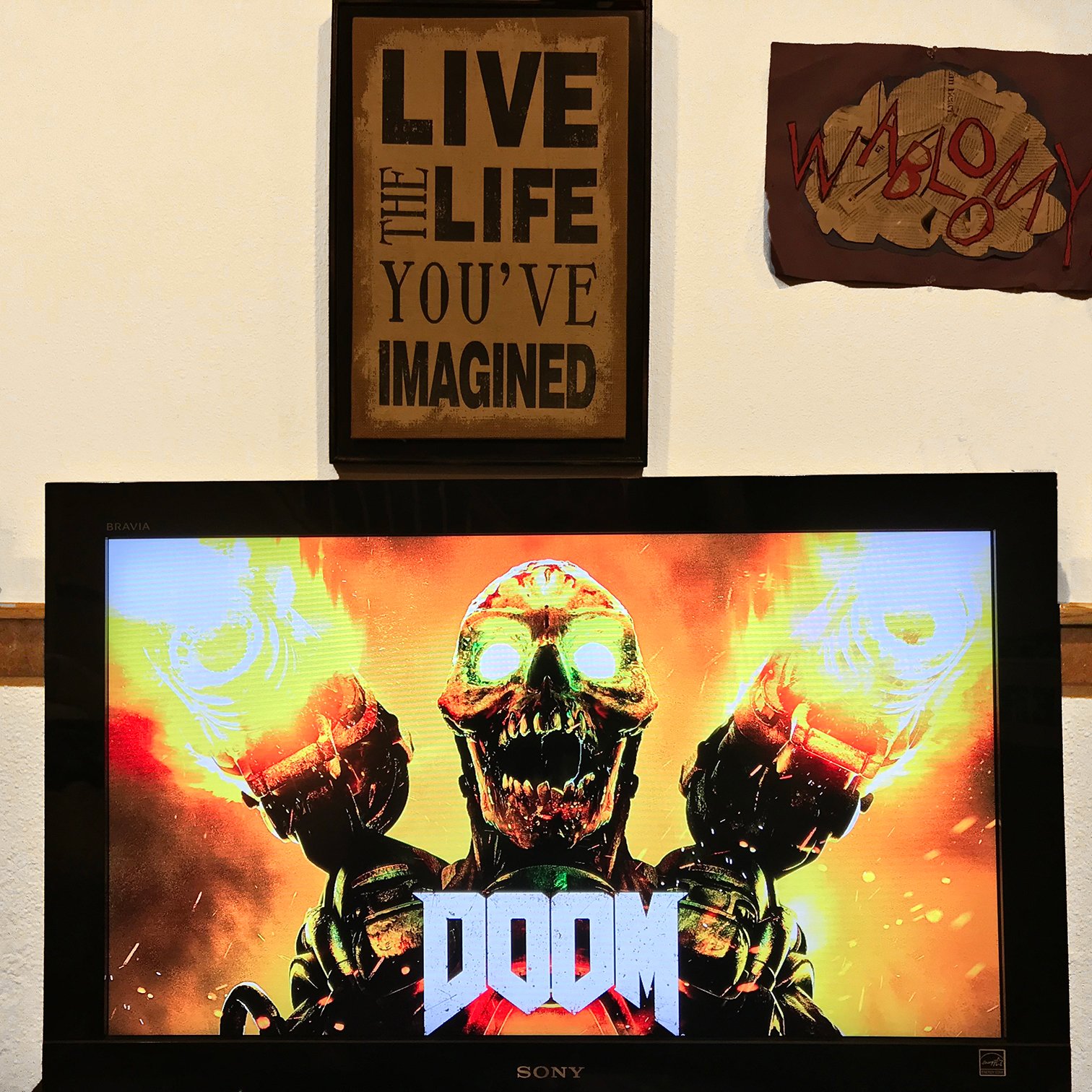 My job search hit a considerable snag in the first week, when it occurred to me that I love not having to be accountable for my time.

Owing, perhaps, to a concern that I would bankrupt our family and destroy everything we’d worked for, Kristen was noticeably disappointed when I loafed into the kitchen at 9:30 on Friday morning and announced my plan for the day. “That’s it?” she asked, as if playing a video game for nine straight hours wasn’t a productive use of a forty-year-old’s time. These are the moments when rehearsing cool responses to judgy questions in front of the mirror pays off. “Yep.” Nailed it.

Video games have evolved a bit since I last had any interest in playing them fully twenty years ago. Obviously, graphic design and video rendering capability have come a long way. And it’s to be expected that the intensity of game-play has increased considerably. It hadn’t occurred to me back then to want to tear the horn off a fire-heaving demon and beat him to death with it, but clearly that was a failure of my imagination, Mr. Chainsaw-Kills, Mr. Wet-Blanket.

But there are some notable inconveniences to modern gaming that I wasn’t expecting. Given the computational horsepower under the hood of the XBOX I foolishly bought last Christmas, I was surprised to find myself waiting almost two hours for my game to download and install. ‘Is this normal?’ I texted a young friend from work. ‘Yeah’, he responded, ‘but dude it’s worth the wait.’

From what I could gather, a corrupt energy corporation had constructed a refinery of sorts. The company had chosen to headquarter their energy operations on Mars, and we’re left to assume it was for tax incentives. One of the senior executives, a woman named Olivia Pierce, had either accidentally or intentionally — whether it was malfeasance or incompetence remains unclear — introduced a portal to Hell somewhere in the refinery, probably the H.R. office. Never ones to ignore a portal, Satan’s minions had gotten hold of various armor and munitions and were now running amok, destroying the energy corporation from the inside out and fighting against each other like demonic assholes — an allegory on the Donald Trump presidency if ever there was one.

My character had been summoned to rescue the facility from the grip of demons and undead corporate weenies, and he’s been doing an exceptional job by any reasonable performance indicator. His results-oriented personality leaves behind no dry floors or walls, blood’s everywhere. He’s been leveling up and availing himself of opportunities to hone his skills, skills like operating chain guns and blowing up barrels. A motivated problem-solver, my character has demonstrated proficiency in separating human corpses while they’re still warm, dragging the heads and shoulders to locked security gates, and smashing their decapitated heads face-first into the retina scanners. Fuck LinkedIn, this is how one manages to open doors for oneself.

As with any professional journey, I sense things getting much uglier for our hero before they get any better. Because he’s gotten so good at his job, the company that appointed him to fix their mess is sure to come gunning for him at any moment. That’s just how corporations work.

After all, if there’s no crisis is there really a story?