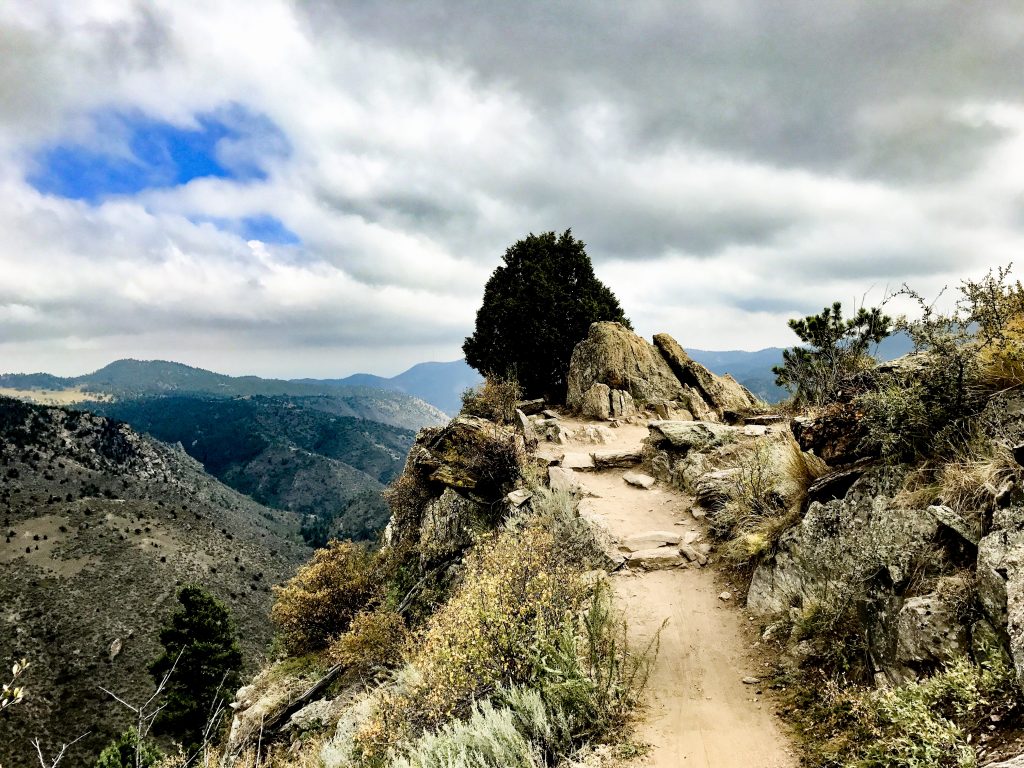 The worst advice I’ve ever heard came from a former manager of mine. I’d worked for this woman for a little more than a year, long enough to understand that she was unhappy but not long enough to know why.

I’d been mulling the idea of leaving Chicago and moving to the mountains, finding work wherever it was available if that was what it would take. I knew that was where I needed to be. “Ridiculous,” she said. “You’re way too old to go and start a new path somewhere.” I’m only 37. “You want my advice?” Uh, no, not any more. “Get in a rut. Get in a rut and stay there until you retire. Just put your head down and earn while you can.”

Suddenly, I understood exactly why she was unhappy.

The foothills of the Rocky Mountains are a glorious twenty minutes from my house by bike, thirty if I’m out of shape. The ride through town is just long and hilly enough to warm up your legs, and by the time you reach the single track you’re ready to go full-throttle on the dirt for a couple of hours.

It was my second day of glorious not-work, and after spending the entire previous day snapping selfies and browsing the tooth aisle at the pharmacy, I was ready for some trail therapy. Riding a bike is all motion and playing with, playing off, playing on momentum, a nice antidote to the inertia of unemployment. I needed to feel the exhilaration of forces pushing me through corners, lifting me from the earth, soaring. I needed the dirt, rocks, cactus leaves, figureless shadows to blur beneath my feet, blur as the line between fun and surpassingly dangerous. I needed the full-body high.

Some metaphors never hurt, either. When I ride, I become acutely aware of some things that feel for all the world like universal truths.

First, the importance of vision. Riding a bike 25 mph on the road is hard to screw up: just start pedaling and remember to look up now and then. Going 25 mph on a track of dirt two feet narrow, winding around tight switchbacks, dodging rocks and trees and those maniacs who like to jog all requires the right field of view. You tend to go where your eyes are looking, so if you’re looking at the trail you’ll stay on the trail, and it follows that if you look at a rock or tree or one of those maniacs who like to jog, that’s what you’ll smash into.

Second, every fun path has obstacles and challenges and fucked-up dangerous parts. Loose gravel, mud, sand. Having fallen hundreds of times to sketchy conditions, I’ve learned that the only way to keep the bike up and moving forward is to loosen your grip on the bars, relax your body and mind, and allow the bike to comply with the terrain. The rougher the trail conditions, the more you have to loosen the grip, almost let go if needed, and relax into the gnar. Absorb the blows, create momentum from them. The alternative — tumbling over the handlebars and shattering your collarbone — is far more painful.

Speaking of obstacles: charge at them. You need momentum to get over, through, around the stuff that stands to slow you down. When we perceive danger or uncertainty it’s natural to pump the brakes and start calculating, but that loss of positive momentum leaves us even more vulnerable to the obstacles. So when you see the shit coming, charge.

I think when people find themselves removed against their will from a job they enjoyed, it’s easy to panic and start looking at all the things that could go wrong, all the ways it could suck, all the gnar and obstacles lurking around corners that could knock them off their bicycles. What if I can’t find another job? Why did they let me go and Skittles got to stay? How am I supposed to just be okay with this? Sure, there are probably reasonable answers to these questions: You’ll find another job, stupid, shut up. They let you go because that’s what companies do and Skittles got to stay because he made less than half your salary (fuckin’ Skittles, though, amiright? Hate that guy). Here’s how to be okay with this: go mountain biking but not here because you’ll make it crowded.

But those answers don’t help. The only way to avoid the gnarly stuff that will take you down is to keep your focus on where you want to go, loosen your grip, and build your momentum: What do I want to do next? What would be the right culture fit for me? What do I see myself doing happily in five years?

Smooth paths are an absolute bummer. Because they don’t challenge us, there’s no sense of accomplishment, no reward, no triumph, no thrill. Unless you’re Mitch McConnell, life is sketchy, hard, uncertain. And that’s why it’s awesome.

Anyway. The ride was waiting for me but first I had to stop at the bank and deposit some checks. A few days earlier, I’d been hired to consult on an independent short film about neurodiversity, plus I’d collected the final payments for my online creative writing workshop. And the night before, Sony Pictures called to offer me a consulting role on a series. What can I say? Day jobs are great but it’s nice to have options — and a chill perspective never hurt anyone. Sure helps to keep the bike moving forward.

I was the only person at the ATM drive-through perched on a mountain bike, and I loved it. Everyone else was in a car, and if I had to guess, I would have said they were dressed for work. But then, with my elbow pads, helmet, and muddy shorts, I guess I was, too.