Home » Journal » Layoff Me and My Steel Libido

Layoff Me and My Steel Libido 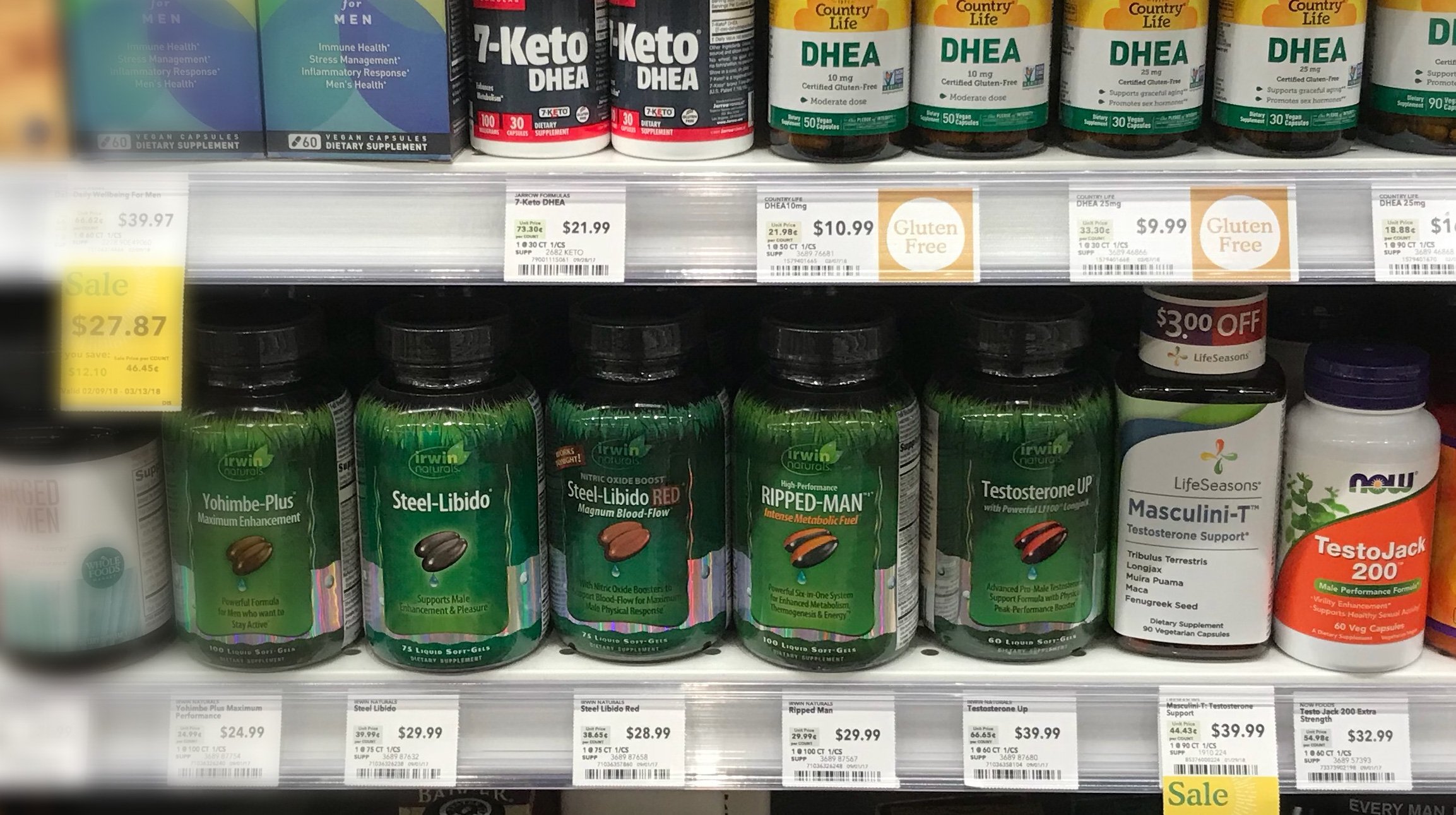 Conventional wisdom would favor me searching for jobs this evening but I’ve just returned from Whole Foods and I’m a little distracted. I ran in to pick up some vitamin B supplements, bath salts, and kale — the staples of any household affected by a layoff — and got sidetracked in the vitamins and tinctures aisle.


Finding the vitamin B was easy enough; it was the morass of men’s libido and testosterone supplements cluttering the adjacent shelf that bumped me. It began on the left side with a product called, simply, “Male Libido.” I thought this was funny — Haha, imagine, boxing up something that literally no woman on earth wants to see more of and then selling it to dumb men — and so I reached for my phone to take a picture of it. To its right sat a bottle of something called “Charged Men,” which I took to be a nod and a wink from some perceptive, feminist grocer. Ha, clever. I snapped another picture.

Crowding my lens was a jar of Yohimbe-Plus, a pill promising maximum enhancement for men intending to stay active, but failing to specify what was to be enhanced. I would have slid the jar out of the way had it not been for the bottles of Steel Libido and Steel Libido RED crammed beside it.

In a time when high-profile men are dropping like smacked mosquitoes to the consequences of inappropriate and many times predatory behavior, I wondered if maybe a cultural and commercial insistence on having BURNING-HOT LIBIDOS was only making things worse. Despite an exhaustive search, I could not locate any products promising to cool one’s jets or guaranteeing flaccidity, though I feel the world needs these more than the others. Imagine if Harvey Weinstein had had access to Stale Libido or if Garrison Keillor could have taken a daily dose of Libi-Don’t. Call me uninformed, but it doesn’t seem as though offensive boners and unwanted come-ons are in short supply these days.

Anyway. Next to the libido enhancers were a few more rows of bottles, the focus shifting now to testosterone: Ripped-Man, Testosterone UP, and — easily the coolest-sounding one — TestoJack 200. How much testosterone do people need, I wondered, reviewing the ingredients of TestoJack 200. Am I jacked enough with my testosterone? It was a fair question coming from a grown man holding a bag of organic kale in one hand and his signature blend of bath salts in the other. God damn it, I thought. Maybe I’m not jacked enough.

I returned home determined to enjoy a nice, long peppermint soak and to contemplate the possibility of getting myself super-jacked on testosterone. And then, in the morning, I thought, in the morning, I’ll start looking for jobs.