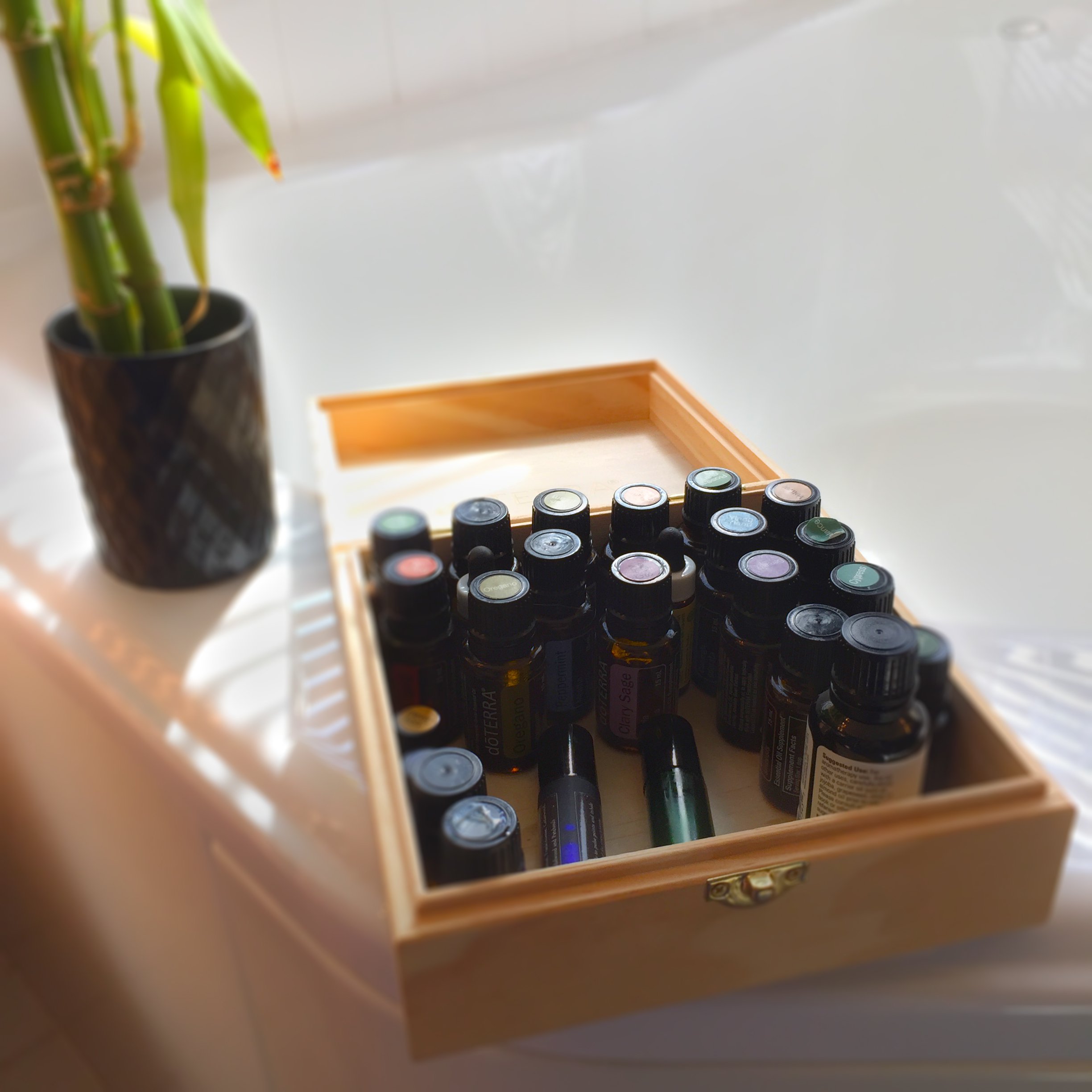 The essential oils were supposed to promote a sense of tranquility and inner balance. This is what Kristen told me.

I had an important meeting at my company’s headquarters in downtown Chicago, and she suggested I rub some scented oil on the soles of my feet to evoke these feelings while I was presenting to our Chief Technology Officer. “While you’re at it,” she said, “maybe you should put some of this on top of your head to protect yourself from negative energy.” She handed me a tiny, glass bottle, the label too weathered to read.

“Catnip, I think. Orange peels, a bunch of different wood barks. Y’know.” She sounded so casual.

Oh, why not, I thought. After more than ten years of marriage I had learned it was often best to follow Kristen’s advice, even if I didn’t understand it. Oils, healing crystals, energy cleansing — that was all her domain, and I trusted her wisdom implicitly. She told me I could expect to feel calm and confident. She told me that the effects would be as powerful as my intentions; I could not wait to experience this. What she’d fail to tell me, however, was how much to use.

I’d later learn that a very small drop of essential oil is normally sufficient for day-to-day application. That said, I’d applied it the same way I might put on aftershave, pouring great quantities into the palms of my hands and slathering it generously about my feet, head, and face. In subtler volumes, the combination of orange peel, frankincense, wood bark, and catnip is rather pleasant, indeed evoking elevated feelings, but by the tablespoon these fragrances conspire to evoke only nausea, dizziness, and burning regret.

Driving to the train station in the dead of a Chicago winter I kept my windows rolled all the way down, risking certain frostbite in exchange for the mercy of fresh air, all the while reminding myself, Soon the oils will wear off, and then I will experience complete tranquility!

No one would stand next to me on the train platform, and once boarded, I was afforded two empty seats in each direction for the entire ninety-minute ride into the city.

By the time I reached my office my spirit had begun to wane and I could no longer marshal any sense of inner tranquility or balance. To experience a still mind is nearly impossible after you’ve begun to feel self-conscious about, say, a damning odor radiating from your very pores. On top of feeling embarrassed, my mind couldn’t let go of the intense discomfort normally associated with burning nostrils and weeping, irritated eyes. Hang in there, Dave, I tried telling myself in the crowded elevator as I held my breath with the others. Soon the fruits of stillness and balance will be yours to harvest. But the words had already begun to feel empty.

The stinging chorus of “What in God’s name is that smell?” sung by coworkers from every corner of the 22nd floor only wound me up further. You gotta figure something out, Pepe Le Pew, I thought, scrubbing my forehead at the men’s room sink. What kind of fucking idiot rubs catnip oil on his face right before a meeting?

As presentations go, it wasn’t my finest. Distracted and achy-headed from the inescapable plume of stink, I wasn’t emotionally prepared to handle the CTO’s constant interruptions.

“My God,” he said at one point, his Cantonese accent as thick as the air in the room. “What the hell is the terrible thing going on in here? Can anyone else smell that, or is it me who is going crazy?” That’s when I came unglued. This stench is the smell of balance and tranquility, asshole, and I would appreciate some goddamn diplomacy on your part. Aren’t you an Easterner? Shouldn’t you know all about this spiritual shit?

“I’m sorry I didn’t warn you about the oils,” Kristen said that evening as I stood in the shower, scrubbing myself with tomato juice to eliminate the stench. I’d been given to understand this was the same method employed by pet owners to remove caustic odors from their animals’ coats after close encounters with skunks. The idea of bathing in tomato juice seemed a little far-fetched and homeopathic, but then again, so had the oils.

I didn’t need an apology; Kristen had only been trying to help. If anything, I was disappointed in myself for failing to tap into the wondrous magic of something she refers to as “Woo” — a realm of metaphysical, spiritual phenomena acknowledged by mankind, yet uncharacterized by scientific reasoning.

Woo covers a lot of ground. For example, the long-enduring Chinese practice of feng shui — arranging one’s space based on the flow of energy, or qi — might be considered Woo, as would the spiritual benefits of yoga and meditation. Reiki, shamanism, Law of Attraction — all Woo. Though humans have been practicing Woo in one form or another longer than many modern religions, most Westerners consider themselves skeptics, which is strange. The word of God made into flesh seems a perfectly reasonable story to a massive segment of the world’s population, but change the subject to the savior’s energy meridians and Westerners simply roll their eyes. I tend to straddle the fence separating skepticism and all-out belief in Woo, which means that I feel silly when trying things like essential oils and disappointed when they don’t work out.

“Well, when you’re done showering, meet me in the bedroom,” said Kristen standing at the sink, removing her eye make-up with coconut oil. “After such a rough day I think it would be good to test your chakras.”

I wasn’t sure that I really wanted to have my chakras tested. I’d just wanted to get the smell off and go to bed, but now I had a decision to make: Do I wash my hands of all this Woo stuff now, or do I continue, against all logic, to do things Kristen’s way?

“Okay,” I said a minute later, rinsing the tomato juice out of my eyebrows. “Be there in a sec.”